NEW YORK, NEW YORK - AMERINGER | McENERY | YOHE is pleased to announce an exhibition of recent drawings by Patrick Lee. The exhibition will open 25 April and will remain on view through 25 May 2013. A public reception for the artist will take place 25 April between 6:00 and 8:00 PM.

The subjects portrayed in Patrick Lee's graphite drawings are threatening and aggressive in appearance. The artist approaches these men on the streets of Southern California and photographs them as studies for his drawings. This dialogue and interaction is an essential part of his process.

Lee opens an inquisitive dialogue with the hyper-masculine visages of these men, studying behavioral patterns and intricate symbols of identity, and exploring the ways that these men communicate and amplify their projected self-images, the armor that protects and codifies them on the street, in their gangs, and in prison. The subjects are individuals with pride, stoicism, strength, and hostility, but Lee focuses his attention on their gaze and expression, moving beyond their often forbidding physical exteriors to expose their humanity, revealing their underlying light, warmth, and vulnerability.

Lee's devotion to the observable world and to human sentiments is manifoldly evident in his work. The artist is able to make these men - reticent in the real world - approachable to the viewer in a way that is daringly captivating. Moving beyond the hostility the subjects might project in real life, Lee gives the viewer a moment, undeterred by fear, to witness, contemplate, and relate with the subjects over the common truth of projected and perceived identities.

Patrick Lee was born in 1969 in Butte, Montana, and he graduated from the Minneapolis College of Art & Design in 1988. Lee is the recipient of the 2006 Peter S. Reed Foundation Achievement Award, as well as the Nikon 2000 Grand Prize. 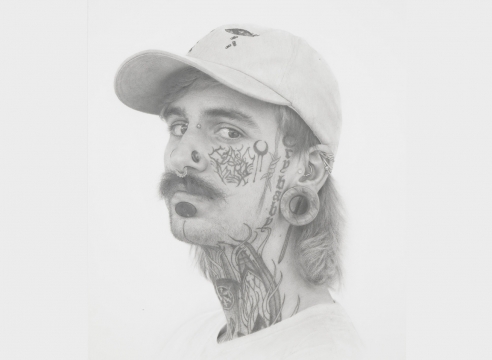 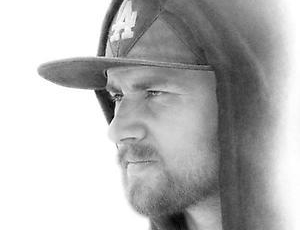 Bad to the bone. That's us. Badness permeates our culture. It's the party crasher no one invited but everybody is secretly glad showed up. Because goodliness has always been boring and being bad can be cool. It comes in many guises: Über-badass bikers, mischievous children, ham actors, hungry wolves, politicians, Blaxploitation heroes, fashion choices, gestures, cigarettes and omens. Things get interesting when they go bad. It's a bad, bad, bad, bad world—and it's ours. 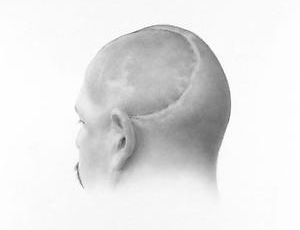 Photorealism does not especially intrigue me, but in Patrick Lee's work, the technique is just the starting point for further revelations. Lee's graphite portraits of men are meticulous down to the very pores that sprout whiskers. The figures are set in a style reminiscent of the early 1900s, with heads floating in a limbo of whiteness, and I am reminded of the decades old black and white photos of my grandmother's family. Yet these portraits are startling contemporary insights into the society of men. Bald heads, scars, tattoos and ethnically diverse, these men virtually wear the stories of their lives on their necks, faces, and heads. In a culture where youth is trumpeted no matter the class or color of the individual, it's an interesting relief to see men, instead of kids, depicted here. These are men who clearly have lived lives of intensity and peril and are part of a society that signals their wounds with physical visuals. 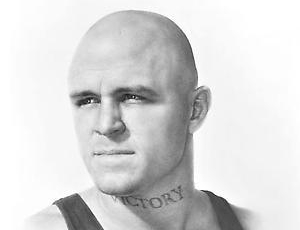 Patrick Lee’s gorgeous portraits of tough young men are great works of art because they entice you to imagine what it might be like to live in someone else’s skin. 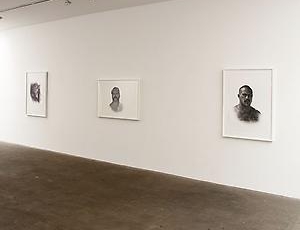 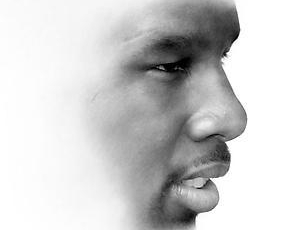 Drawings for the New Century

The Minneapolis Institute of Arts has actively collected drawings for nearly a century, acquiring works of outstanding quality by many of the world's most prominent artists.