New York, New York – Ameringer | McEnery | Yohe is pleased to announce an exhibition of new paintings by Rebecca Campbell. A Wolf in Sheep’s Clothing will open on 13 October 13 2011 and will remain on view through 19 November 2011. A reception for the artist will take place Thursday, 13 October, between 6:00 and 8:00 PM. The public is welcome.

“Love writes a letter and sends it to hate.

The weather was fine and the ocean was great

and I can’t wait to see you again.”

“A Wolf in Sheep is an exploration of opposites, contradictions and syncopations enmeshing themselves in one another. My aim is to seek clarity through parallax where displacing an image with a divergent form brings new meaning into focus. The pictures cluster and looking at one brings the other into sight; the ornament of youth veils the horror of ravage bears the potential of desire proposing the ether of distance. The form is also an alloy: precision, abandon, color, eclipse, figure and abstraction. The stains and marks mirror the image while also opening it to interpretation. These fusions are not intended to mutilate meaning but instead to transcribe its orbit with the gravity of opposing forces. A friend warned me not to paint clowns with the declaration ‘Everyone hates clowns. No exceptions.’ Similar warnings might have been issued for all of the subjects I’ve chosen, mushroom cloud, rainbow, lightning, the nude. They are melodramatic and cliché, almost empty symbols, but they also have different faces. Chancing embarrassment and failure is nothing to uncovering a piece of enormity the image once knew. I am an artist. Risk is my obligation. I chase life and death, light, scale, power, and carnality with my brush. These wonders often masquerade as one another and I paint the ring in which they perform.”

Campbell, born 1971, received her Bachelor of Arts at Pacific Northwest College of Art in Portland, Oregon in 1994 and her Masters of Fine Arts at the University of California, Los Angeles in 2001. She completed her residency at the Vermont Studio Center in Johnson, Vermont in 1998. She has had exhibitions at such venues as L.A. Louver Gallery, Venice in California; Phoenix Art Museum in Arizona; Ben Maltz Gallery at Otis College of Art, Los Angeles; the American Academy of Arts and Letters in New York; and BYU Museum of Art in Utah. Campbell currently lives and works in Los Angeles. 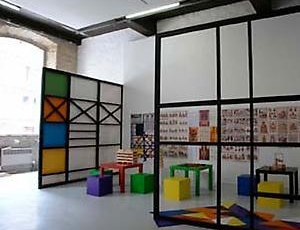 Rebecca Campbell: Broodwork: It's About Time

An exhibition that explores what family life can provide to creative professionals. While having both a family and a productive practice is nothing new, the trend of honoring the synthesis of the two is a current phenomenon. 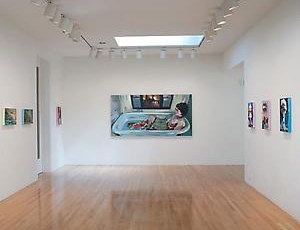 Our times demand that we embrace paradox. In response, instead of parsing out the incompatible, my experiment is the opposite. I seek the radiant, the abject, deliverance and damage in concert. These paintings are a manifesto for rapture, in spite of, or even in debt to, the abyss. 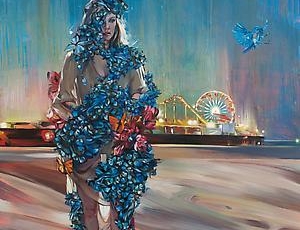 Rebecca Campbell’s new paintings are looser and juicier and far more beautiful than anything she has made since she began exhibiting her haunting works in Los Angeles 10 years ago. They’re also stranger and scarier than anything else being made today — despite, and because of, their generally benign subjects: pretty girls, gorgeous rainbows and sublime fireworks. 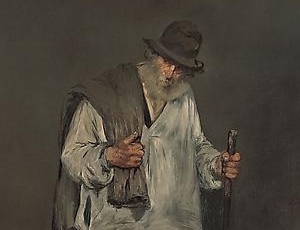 It Speaks to Me: on Edouard Manet’s ‘The Ragpicker’ at the Norton Simon

Manet was sort of a dandy, so I don’t know what he could have possibly known about the reality of being a ragpicker or homeless person. This is a very outside-in look at a subject. But for me what’s really compelling is that there’s a tiny still-life in the left-hand corner: a painting within the painting. You can make out a shard of glass, a lemon peel, a bit of garbage — but it looks like he’s only touched the canvas a few times.