NEW YORK, NEW YORK – AMERINGER | McENERY | YOHE is pleased to announce an exhibition of recent works by Rod Penner. The exhibition will open 27 April and remain on view through 26 May 2017. A public reception for the artist will be held on 27 April from 6:00 to 8:00 PM. The exhibition is accompanied by a fully illustrated catalogue with an essay by John Seed.

In his intimately scaled paintings, Rod Penner captures the desolate and deserted landscapes of small-town Texas with astounding clarity. Using a single drawer of Liquitex acrylics and brushes as small as #000, he renders each worn brick, pavement crack, and fallen leaf in precise detail. His handling of the delicate surfaces and distinctive colors lends the works a dreamlike intensity.

When choosing his subject matter, Penner specifically seeks out closed, empty, or abandoned buildings, and takes photographs that serve as starting points for his paintings. Rather than rigorously reproducing the landscape before him, he edits the images over time to adjust the mood and heighten the sense of melancholy and isolation. In carefully selecting what to paint and what to leave out, he strives to invoke a memory of something intangible that the viewer will recognize. Despite their haunting quality, Penner’s paintings also suggest a sense of optimism and determination, and celebrate the American virtues of grit and endurance.

Eschewing nostalgia, the artist strives to paint objectively, noting that “...having grown up in Canada, I’m thankful I don’t have any childhood memories of these small Texas towns that might interfere with my observations.” He does, however, display a profound and genuine sense of American culture. As John Seed writes, “Penner is an individual—a classic outsider in many ways—who walks his own road and then paints it with astonishing singularity.”

His work is included in the permanent collections of The Philbrook Museum of Art, Tulsa, OK; The Virlane Foundation, New Orleans, LA; The Flint Institute of Arts, Flint, MI; and Oral Roberts University, Tulsa, OK, among others. 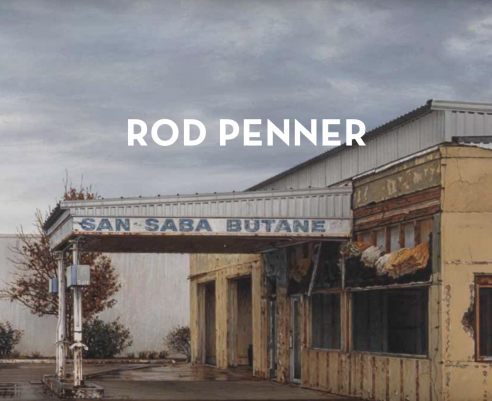