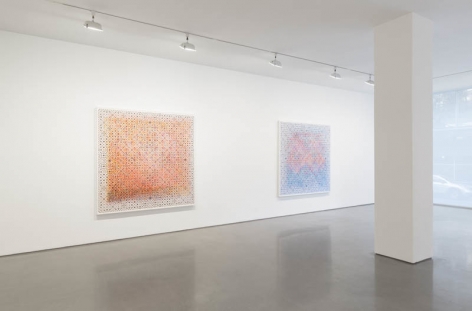 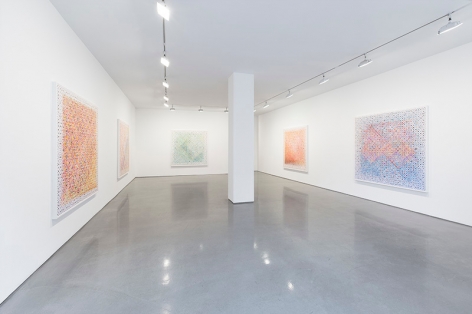 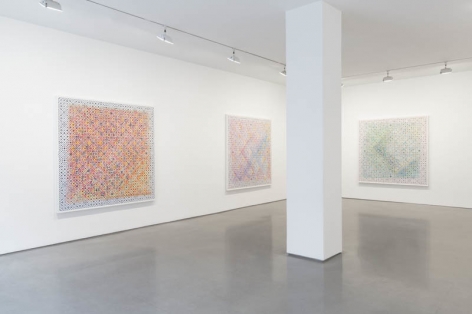 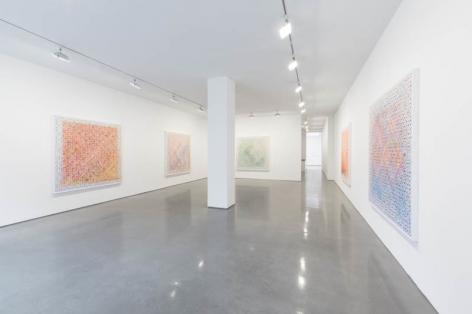 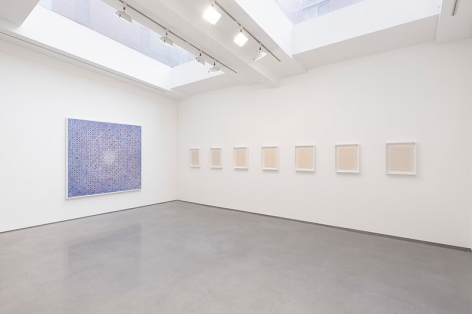 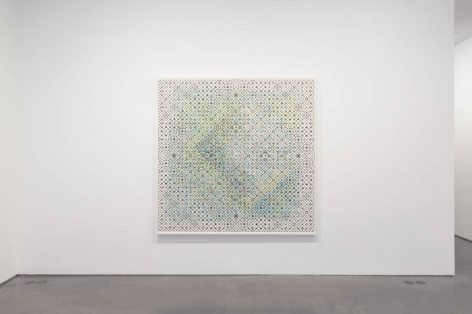 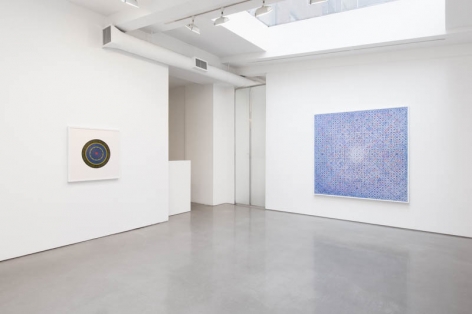 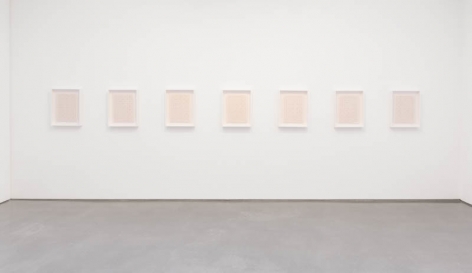 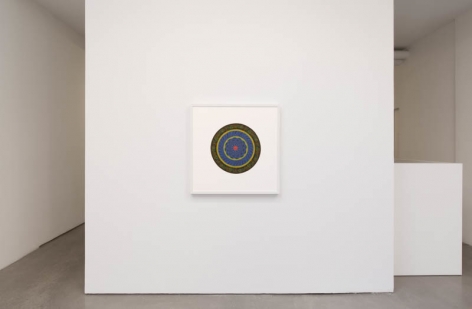 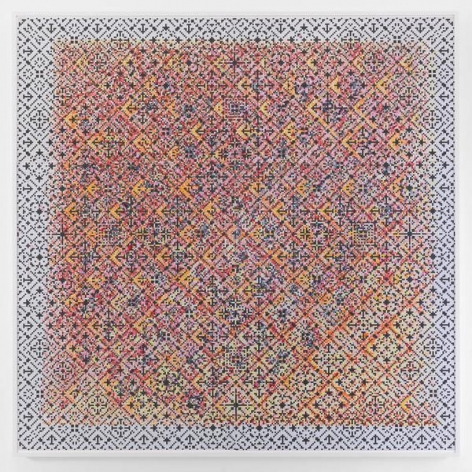 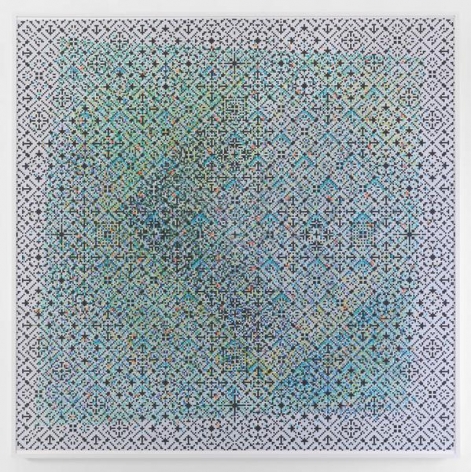 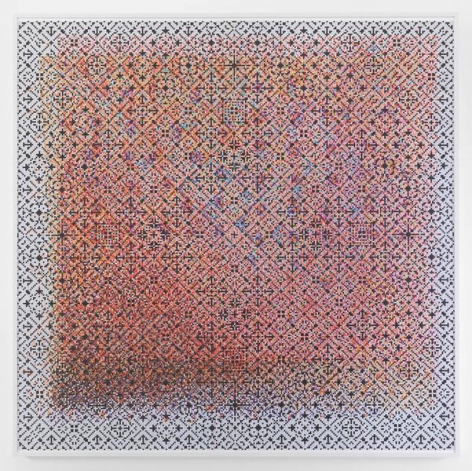 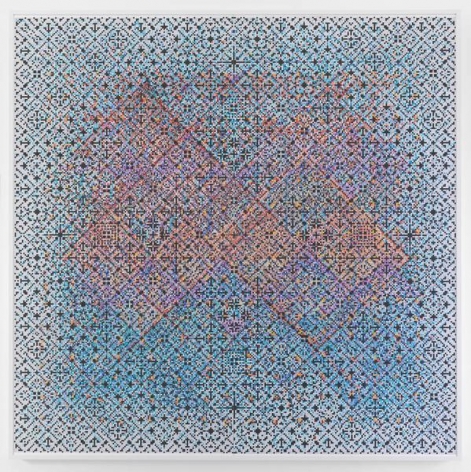 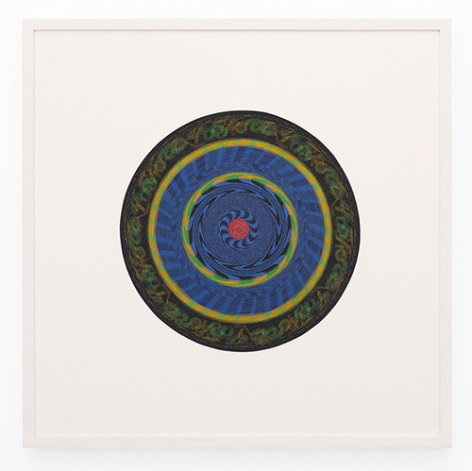 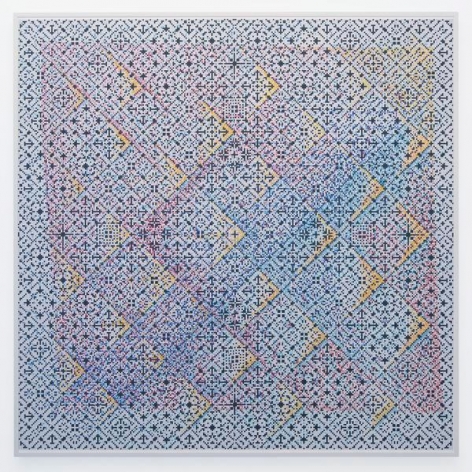 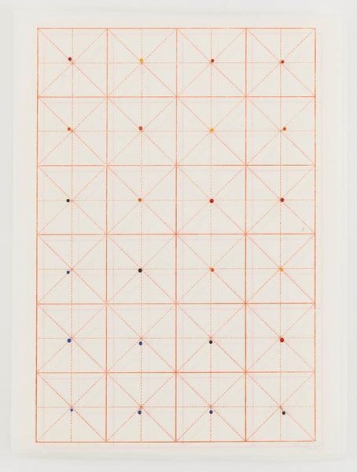 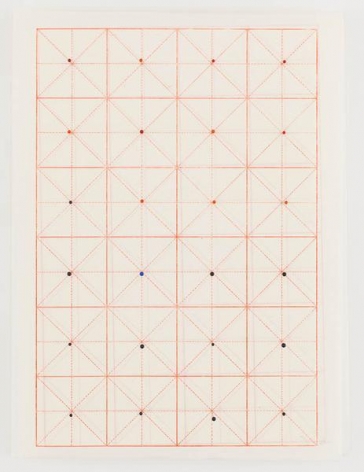 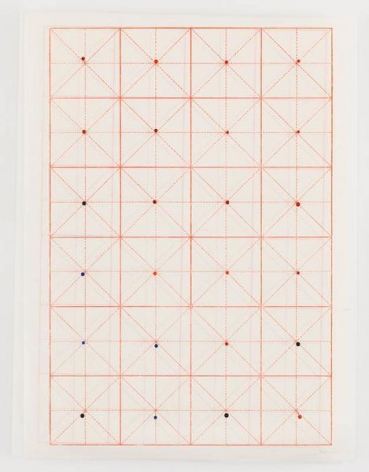 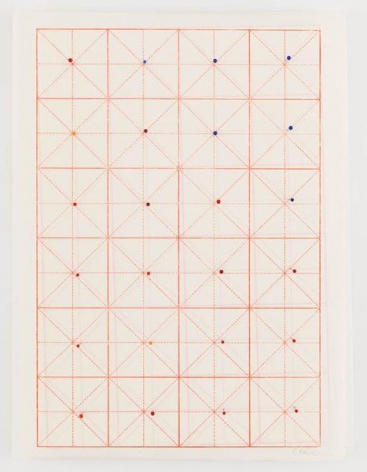 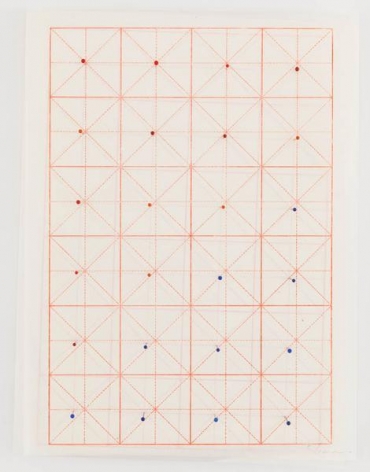 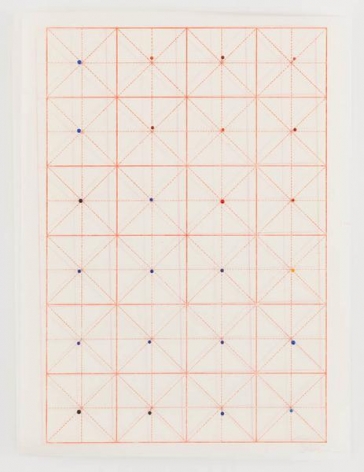 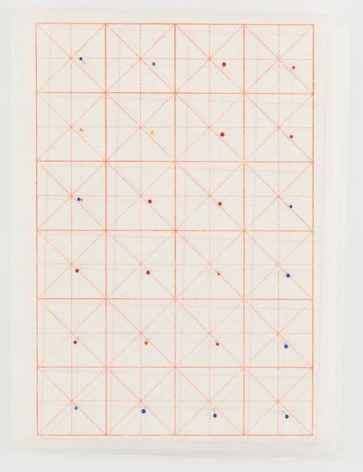 NEW YORK, NEW YORK – AMERINGER | McENERY | YOHE is pleased to announce an exhibition of recent works by Stephen Dean. The exhibition will open on 7 January and will remain on view through 6 February 2016. A public reception for the artist will be held on 7 January from 6:00 to 8:00 PM.

Stephen Dean is a New York City based artist whose work summons the mesmerizing physiological and cultural phenomena of color. In his large-scale video installations, works on paper, and sculptures, Dean combines an ethnographic approach, using a precise sampling of objects and rituals, with an uncanny sense of poetic exploration and restless observation. His works are both illusionistic and physically present.

Dean further explores the possibilities and applications of color in the two bodies of works on paper exhibited.

The crossword puzzles contain close to 100,000 dots of watercolor playing with and against the printed pattern of the black squares, which creates glowing and fluid tapestry-like diagrams.

You are here, a series of three-dimensional works on layers of Chinese calligraphy paper, or rice paper, with glass head needles marking the intersection of lines, substitutes calligraphic and textual elements for units of saturated and transparent colors.

At first, appearing as analytical geometries of Minimalism, the works move towards free flowing polychromatic fields.

Both series serve as vehicles for meditating upon everyday cultural practices and generate a total immersion in a color-coded space. Either marking the space within lines or the intersections with colors, the works reflect intuitively on Eastern and Western perceptions of the grid while evoking the distinctive spacial dynamics between the games of chess and go.

Playing with ideas of series and sequences, variation and repetition, is in Dean’s case an end in itself, the seed or ingredient for making a picture and the picture itself.