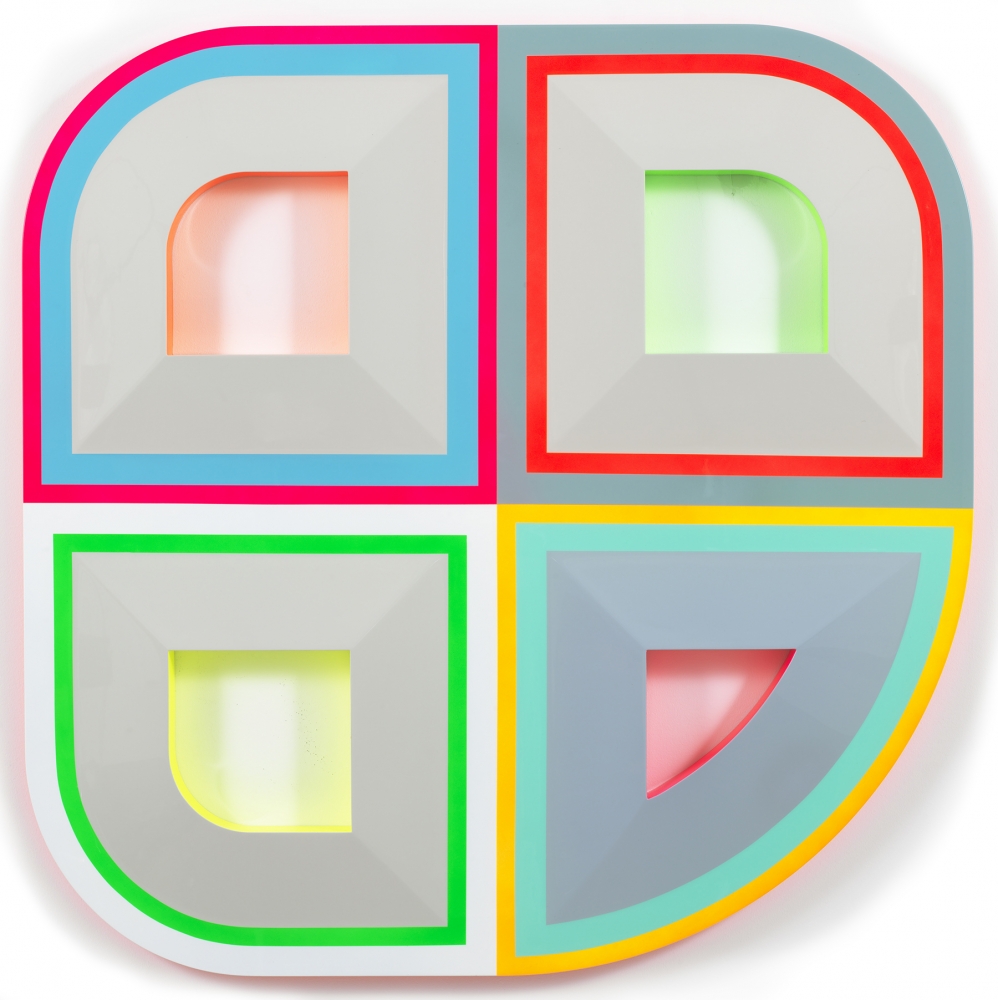 Carefully defined expanses of color and precisely calculated lines—the characteristic elements of geometric abstractions are often defined as rational, measured, and simple. Indeed, one can describe these artworks with a common vocabulary of shapes, colors, and sizes. Their meaning, however, is rarely so singular or straightforward. As painter Jo Baer noted, the challenge in making such work is to create “poetic objects” that are “discrete yet coherent, legible yet dense.” She called these efforts “double-dealing, double-edged.”

Geometric abstraction has long been a vital tradition in American art. Its heyday is often considered the 1960s and 1970s, a moment in which many artists turned their attention to themes of visual perception and physical construction. Frequently called minimal or cool, their work focused on the formal properties of shape, line, and color in ways that were literal rather than symbolic, and with a focus on the objective rather than the personal.

Today, this bold and graphic style is redeployed by 21st-century artists. However, in contrast to the neutrality of their earlier counterparts, many of these younger artists embed their work with personal content and use it as a way to consider current social issues. Presenting the two generations of work side by side, this exhibition consists of historic examples drawn from the Weatherspoon’s collection and contemporary counterpoints generously lent by artists and their galleries.