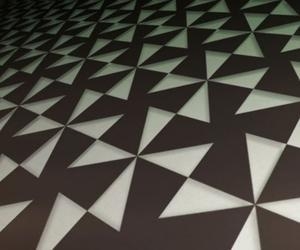 A slight variation on a theme this one, although as the title to this AV collaboration between Brooklyn-based abstract pop artist Brian Alfred and longstanding Battles serviceman Ian Williams suggests, there’s Beauty In Danger. There’s danger in beauty too, but as precisionist blocks of automobile-themed pastel dart across the screen this one’s indubitably a question of the outwardly beautiful residing deep within the dangers of modern-day locomotion. The volatile flickering of restive traffic lights; the neon smear of speeding cars; the immoderate regard paid to the music booming from the tinny in-car stereo. In this instance, we’d implore you pay the most intimate of attentions to the music in question, for Williams has composed an electronically affected piece that’s as stark as Alfred’s itself engaging visual element: efficient and in certain respects rather Germanic, it correlates perfectly with his collaborator’s Autobahn-obligated auxiliary stimulant to make for a sensorial masterwork that’s racy as it is incontrovertibly well executed.