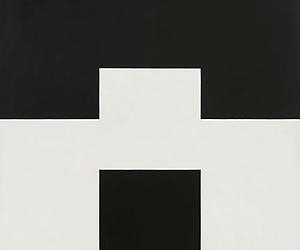 Throughout the history of Modernism, the reputations of many painters have become known through their association with groups of like-minded individuals. Some of these associations are casual while others become definitive movements involving exhibitions and critical dialogues, at times using a manifesto or style of presentation as a means to communicate their aesthetic or to reinforce their social, political, and conceptual aspirations. Art movements have a temporal role in the history of art. They exist for a relatively short duration before members spin off in other directions. This tendency was apparent among early avant-garde movements at the outset of Modernism, and has seen numerous revivals. The Suprematists, for example, were steadfast in their argument that their geometry could exist without the attribution of meaning other than the appearance of its radicality. Kazimir Malevich, the leader of the group, understood Suprematism as concomitant or parallel to the new Soviet state, but did not intend his paintings to illustrate politics or to define his social reality, going so far as to refuse to alter or adjust his formal ideas to the oppressive dictates of the Bolsheviks. He was not interested in fabricating utilitarian objects, such as the workers’ uniforms designed by Aleksandr Rodchenko or the teacups and saucers made by second-rate Productivists. Malevich would participate in these experiments only on an ironic level, believing that such utilitarian practices would generally dilute the purity of his forms. While certain aspects of Anglo-Postmodernism in the 1980s rejected the concept of “purity” in painting, there is much to be said about reconsidering its importance as a viable form of abstraction and therefore as a kind of resistance to the enforcement of the mindless inevitability in most commercial production.

Frederick Hammersley was a Southern California abstract painter who appeared in an important exhibition in 1959 called Four Abstract Classicists, curated by the art critic Jules Langsner at the San Francisco Museum of Modern Art. The three other painters included in the exhibition were Lorser Feitelson, John McLaughlin, and Karl Benjamin, who—along with Hammersley—all resided in Southern California. As artist David Reed points out in his superbly crafted essay that accompanies Hammersley’s posthumous solo exhibition at Ameringer McEnery Yohe in West Chelsea, two other artists were missing from the San Francisco show who should have been included: Helen Lundeberg and June Harwood. One might argue that what these six artists had in common—as a “group”—was a neo-concrete, post-Suprematist imagination. While their intentions differed from those of Malevich, Olga Rozanova, and Lyubov Popova, they collectively revived hard-edge painting in Southern California. One reason for this could have been the relative neutrality of the location. The question has been raised as to how this happened in Southern California. Perhaps, the distance from New York was necessary in order to focus on the bare essentials of space and light. It would be hard to compete with the scale, saturation, and frequency of cultural influence so evident in New York and its international art historical developments. Consequently, the relatively small, easel-scale paintings of the Southern Californians revealed a freshness in their coming to terms with reductive form that occurred on a much different level than the physical/material emphasis of Minimal art in New York. The Abstract Classicists, in fact, preceded the Minimalists by two or three years—with the primary exceptions of Burgoyne Diller and Ad Reinhardt. In the latter case, I refer specifically to the important rectilinear monochromes in blue, red, and black that Reinhardt completed between 1953 and 1960.

Even so, there is a special quality about these California abstract painters that carries not only a classical context in terms of pictorial space but also a certain unpredictable eccentricity, which the Hammersley exhibition at Ameringer McEnery Yohe expresses paradoxically on both a modest and heroic level. Classicism was the mainstay of his work up until the 1980s, when the artist became absorbed with biomorphic forms in direct, mostly unmodulated color. The four exceptions to Hammersley’s organic modulations in the exhibition are nearly invisible. They include a small painting simply titled “#1” (2000), in which we see a phallic armature moving from gray into light blue; another titled “#2” (1995), in which a blue crescent bends around to become titanium white; a third, “#4” (2000–1), in which a rising, two-pronged black organic shape ends in a touch of green and ultramarine at either end; and finally “#5” (1991), in which a red finger-like form passes from black to crimson red. In all cases, the modulations are accomplished with such subtlety that one might easily miss them.

On the other hand, the classical works included in the exhibition—dating from 1970–80—are some of the most superbly wrought paintings in this genre that can be found anywhere. Their simplicity is both redolent and palpable. They arbitrate a distinctly tactile relationship to the gaze of the retina. One feels these forms in a way befitting to Malevich’s dictum: “form equals feeling.” However, Hammersley is not Malevich and Malevich is not Hammersley. While the haptic involvement in painting may carry through from one artist to another, each admits vastly different approaches in style and execution. “Landlord #2” (1972), for example, with its rectilinear black tuning fork touching the bottom edge of a white square, has a certain clarity and evenness that is not the case with the Russian’s “Black Square” (1915). Whereas Malevich’s painting reveals gravitas, Hammersley’s painting emits a secular kind of transcendence. In other words, the cultural signifiers constitute part of each painter’s reality. But finally, Hammersley brings in a new light through pure color and form. His sense of space inverts as if to remind us that time moves with us, not against us, depending on how we choose to see the world.