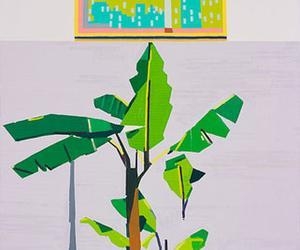 One of New York's most energetic patrons of emerging artists, Carole Server has been collecting up a storm with her huband Oliver Frankel ever since they caught the art bug half a decade ago—helped by a keen eye and voracious visual appetite, in particular for paintings in all forms. Here, Server, who is also a trustee at the Bronx Museum, shares her picks from EXPO CHICAGO.

On Guy Yanai's End of Europe (Jerusalem), 2015..."I only recently became aware of Israeli artist Guy Yanai's work because of his recent show at Ameringer McEnery Yohe in New York. They are figurative works both traditional and modern at the same time. I am intrigued by his use of pixelation."