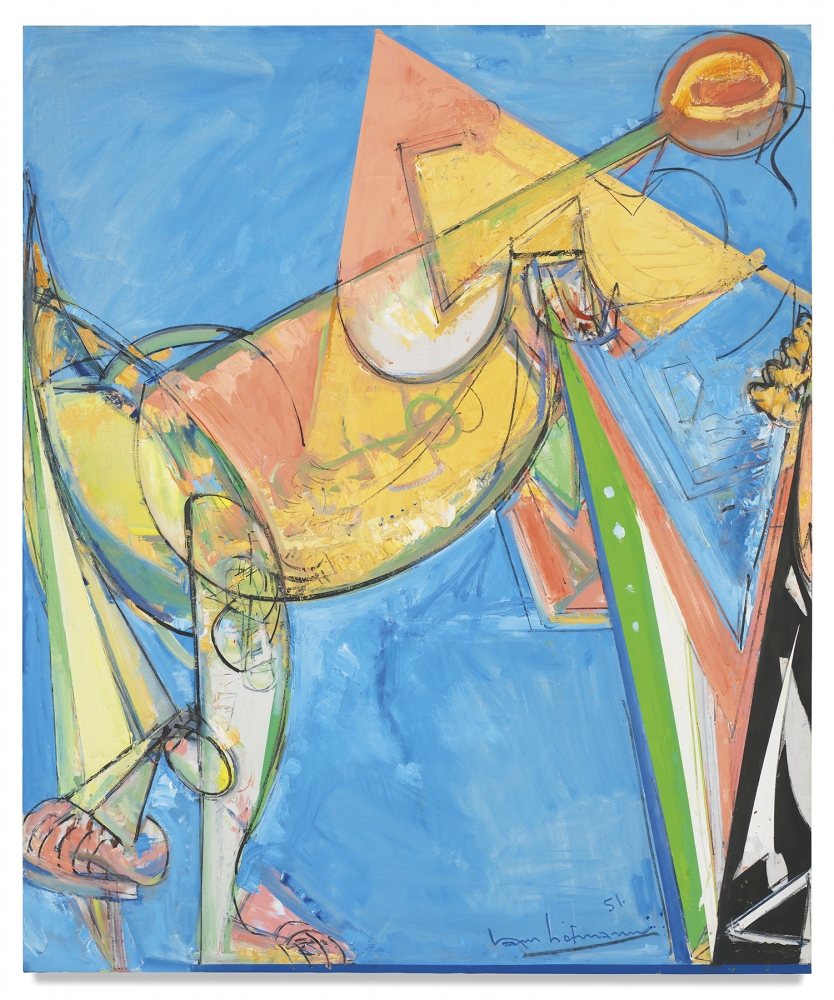 5 Art Events to Attend in New York City This Week

Exhibition: Hans Hofmann at Miles McEnery Gallery
This show spans multiple decades of Hans Hofmann’s painting, and testifies to how European modernism, in particular its artists’ use of color and composition, inspired him. Of his process, Hofmann said, “I do not want to avoid immersing myself in trouble–to be in a mess–to struggle out of it. I want to invent, to discover, to imagine, to speculate, to improvise–to seize the hazardous in order to be inspired.”
Miles McEnery Gallery, 520 West 21st Street, 10 a.m.–6 p.m.

Screening: Gordon Matta-Clark at Bar Laika
At its recently opened Brooklyn restaurant Bar Laika, the curatorial platform e-flux will host a screening of Gordon Matta-Clark’s 43-minute-long film Food (1972). The work chronicles the activity at the eponymous SoHo restaurant that Matta-Clark helped found. The eatery, established in 1971, staged various art events and performances, and it functioned as an important gathering space for the local creative community. Food was short-lived, closing in 1974, and so the film can now be seen as a relic of the scene there and the fabled SoHo art world of that era writ large.
Bar Laika, 224 Greene Avenue, Brooklyn, 6 p.m.

Performance: “Tëmikèkw: An honor” at Danspace Project
This month, Danspace Project will host “First Nations Dialogues,” a weeklong series of performances, discussions, workshops, and ceremony led by Indigenous artists. This event, which honors leaders in Indigenous theater, including Muriel Miguel and Gloria Miguel, who are both members of Spiderwoman Theater, and Diane Fraher (Osage/Cherokee), will include events put on by Laura Ortman, of the Apache Nation, and Anatasia McAllister, of the Colville Confederated Tribes and Hopi Nation.
Danspace Project, 131 East 10th Street, 12:30–4 p.m.

Closing: Serra Victoria Bothwell Fels at Catinca Tabacaru Gallery
With this show, the Brooklyn-based artist Serra Victoria Bothwell Fels has created an amorphous installation that gives the illusion of ceiling tiles—the kind found in office buildings or home basements—subtly sagging, as if there is an unknown presence pressing down on these generic slats. Elsewhere in the exhibition, a series of video compilations play on loop on recently outmoded phones; light-switches and breaker boxes are also covered with white house paint. The event marks the closing of the show, which is titled “Bad Boundaries.”
Catinca Tabacaru Gallery, 250 Broome Street, 6–8 p.m.

Opening: EJ Hauser at Derek Eller Gallery
EJ Hauser is best known for her enigmatic abstract paintings, and the works in this presentation, titled “Barn Spirits,” were inspired by the colors and wildlife of the Catskill Mountains of New York. There, Hauser witnessed what she has called “the hypnotic movement of clouds and trees, the sunsets and moon rises and thunderstorms, the roar of nature.” Among the subjects of the paintings are blackbirds, star charts, and moonflowers.
Derek Eller Gallery, 300 Broome Street, 6–8 p.m.