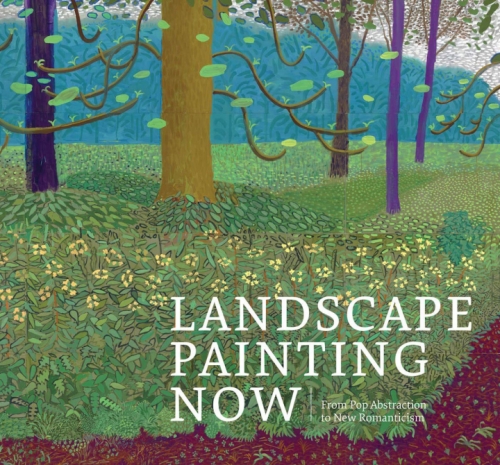 Featuring works by gallery artists Inka Essenhigh, April Gornik, Amy Bennett, and Isca Greenfield-Sanders, new book Landscape Painting Now: From Pop Abstraction to New Romanticism presents a global survey of landscape painting in the 21st century. Including work by more than 80 outstanding artists, the book highlights the thriving genre of landscape painting in the contemporary world, while also reflecting upon its origins.

"Although the fact may be surprising to some, landscape painting is positively thriving in the 21st century―indeed, the genre has arguably never felt as vital as it does today. The reasons why, if speculative, surely include our imminent environmental collapse and increasingly digitally mediated existence. Landscape Painting Now is the first book of its kind to take a global view of its subject, featuring more than eighty outstanding contemporary artists―both established and emerging―whose ages span seven decades and who hail from twenty-five different countries.

Landscape Painting Now features an extensive essay by Barry Schwabsky, art critic for The Nation. Schwabsky’s text weaves throughout the book, tracing the history of landscape painting from its origins in Eastern and Western art, through its transformation in the 20th century, to its present flourishing. Shorter texts by art historians Robert R. Shane, Louise Sørensen, and Susan A. Van Scoy introduce each artist, situating the importance of landscape within their practice and addressing key works. With over 400 color reproductions, including many details, this ambitious survey makes a compelling case for the continued relevance of landscape painting in our time." – Landscape Painting Now