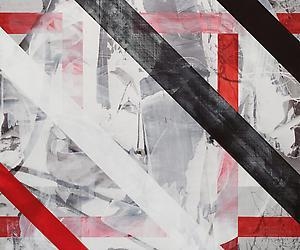 Many words have been spilled recently, by artists in particular, over the perennial question: New York or Los Angeles? On the occasion of Kevin Appel’s first solo exhibition in NYC since 2009, and his first ever with Ameringer | McEnery | Yohe it seems we may have found one of the more levelheaded voices yet to enter the conversation. “Los Angeles has always had a bit of an identity crisis, partially due to the external view of L.A. as having this superficial mentality tied to the film industry,” explains the photographer-cum-painter, an Angeleno for all his life save for a brief stint studying in Manhattan. “It doesn’t have a long lineage of a canonical or intellectual history, as opposed to New York.”

Appel’s roots in Southern California are inseparable from his practice. The son of an architect father and an interior designer mother, the artist has been making two-dimensional works about buildings and cityscapes for decades. He experimented in several mediums before arriving at his now-signature process of printing enlarged versions of found and original photographs onto a canvas, over which he paints abstractions that are variously geometric and gestural. Appel mines the Los Angeles area for his source images, with a special focus on the failed utopias and harsh landscapes he sees as endemic to the city: the Case Study Houses, Salton Sea, or in the case of this new body of work, the desert.

For Appel, not only do his paintings seek to register the distinct visual qualities of L.A.’s environment and urban sprawl, but the fastidious yet intuitive technique by which he creates them is a metaphor for the city itself. “I am interested in the idea of collage and montage and the idea of alternate realities coming together as one object,” he says. “One is the frontality of abstract paint in your face, and the other is a photographic representation referencing another place and time...I try to force them together but I don’t try to get them to be happy together: there is a conflict in them being together.” Conflict, perhaps, but Appel reconciles the two sides brilliantly in these new works, the severe abstraction softened by the faintly recognizable photographs underneath them, their enormous scale tempered by an impeccable eye for detail. And with its notes of Christopher Wool and Sam Falls, this vision of SoCal urbanity is sure to win over many fans in New York—perhaps another step closer to reconciling that conflict, too. 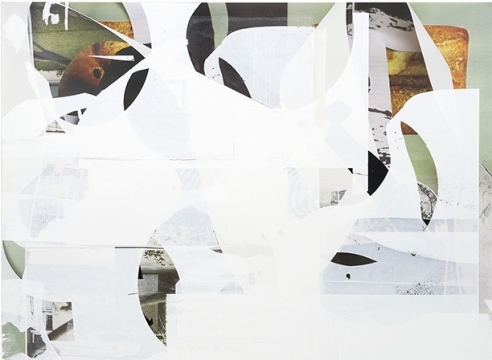